| permalink
James Damore is the Google software engineer who wrote the “Google’s Ideological Echo Chamber,” Memo, arguing that genetics are the primary reason why software engineering is dominated by men. Stated that way, his position sounds very sexist, but, in fairness to him, he does not say that women are inferior, but that as a group, men and women have different innate abilities, propensities and goal orientations, (all of which overlap with those of men) and consequently women tend to make different career choices as a group. He posits that “Differences in distributions of traits between men and women may in part explain why we don’t have 50% representation of women in tech and leadership. Discrimination to reach equal representation is unfair, divisive, and bad for business”. He concedes that sexism exists in Google and in society, and he does say that diversity is a desirable goal. As an employee advocate who has represented many women, I personally think it is intellectually dishonest to characterize his Memo as sexist or misogynistic, even though some of his assumptions are questionable and his conclusions are obviously politically incorrect. In his YouTube interview with right wing host Stefan Molyneux, he argues that just as the right ignores the science on climate change and evolution, the left ignores the science on how men and women are wired differently because it leads to conclusions that make them uncomfortable. By voicing the complaint that left leaning political correctness within the company prohibits expression and shames conservative viewpoints, this young man provoked a very significant debate inside Google’s top management. Forced to choose between two of the priorities for which it is noted, freedom of expression and the quest for diversity; it came down on the side of diversity. While we are obviously not privy to management’s internal debate, this conversation took place against the backdrop of a U.S. Dept. of Labor investigation which accused Google of “extreme” gender pay discrimination[1]. While Damore might go on to make himself a posterchild for the alt-right and associate himself with some indefensible viewpoints, this blog post is confined to the content of his Memo and its potential legal consequences.

Regardless of Google’s Internal Policies, Doesn’t He Have the First Amendment Right of Free Speech to Say Anything He Wants? 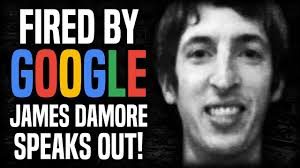 Absolutely, he does. But that doesn’t affect Google’s right to fire him for saying it. California is an “at will” state, meaning that the Employer can fire an Employee for any reason or for no reason, as long as it is not for an illegal discriminatory one. A private company can fire any “at will” Employee for expressing almost any viewpoint, on or off the job, and can clearly fire anyone for advocating a discriminatory labor practice in the workplace. On the other hand, a convincing case can be made that he was fired for expressing views that Google’s policies actually constitute discrimination based upon gender – discrimination against men, because allowances and adjustments are continually made at Google to strive for equal representation between men and women, leaving fewer of these desirable lucrative jobs for men. Discrimination claims brought by the members of the non-minority group against affirmative action programs are referred to as reverse discrimination claims. 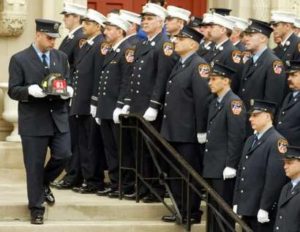 Reverse Discrimination Claims are clearly being recognized in the Courts, even though they have had somewhat limited success up to this point. But see, Ricci v. DeStafano[2], in which the results of New Haven, CT Fire Department exam for captains and lieutenants were thrown out altogether because no black applicants qualified for promotion. The white and Hispanic applicants sued, claiming that they had been intentionally discriminated against by the City based on their race, which, in constitutional law, is called disparate treatment. The Supreme Court said Title VII[3] (the federal law against discrimination in employment) prohibits both intentional discrimination (the “disparate treatment” given to the white and Hispanic applicants) as well as, in some cases, practices that are not intended to discriminate but in fact have a disproportionately adverse effect on minorities (known as “disparate impact”, the result which followed for the black applicants).  Because no black applicants qualified, the City threw all the test results out and no one was promoted, so the white and Hispanic applicants had obviously been subjected to disparate treatment. The City, on the other hand, argued that this was necessary to avoid a clear disparate impact, i.e., no black applicants qualifying for promotion. The Supreme Court reversed all lower courts, holding that once the test had been set up, applicants had paid for it, taken time to study for it, and legitimately expected to be promoted or not based upon a legitimate expectation that their race would not be a factor, throwing the test results out amounted to exactly the sort of racial preference Congress had been trying to prohibit. The Supreme Court reasoned that even though there was a disparate impact, the test was job related and consistent with business necessity, and there was no equally valid non-discriminatory alternative which the City had refused to adopt. Affirmative action continues after this ruling because selection processes are designed to include race as only one of a series of factors that make up some kind of a composite score, so no hard and fast racial quotas, (which would clearly constitute disparate treatment) are ever used. “See, Fisher v. University of Texas” [4]. While the Courts do take reverse discrimination claims seriously now, they are still very difficult to win, and as long as Justice Kennedy stays on the Court and is unwilling to abandon affirmative action, this is likely to continue. On the other hand, if Kennedy retires or dies and is replaced by a Trump appointee, affirmative action as we know it will probably come to an end. In such an environment, James Damore would unquestionably win.

Damore was not fired because of his gender, which is the classic Title VII discrimination case; instead his argument is that he was fired in retaliation[5] for opposing an unlawful practice under Title VII, which is good enough. He would also likely file under the California statute prohibiting retaliation for complaining about any discriminatory practice.[6] To make a claim for being fired based on gender, he would have to prove that Google’s policies were actually discriminating against men – which would be exceedingly difficult, if not impossible. But in a retaliation case, he only has to show that he honestly and reasonably believed that the practice he spoke against was unlawful, even if this is not ultimately found to be correct.[7] To win this claim, he doesn’t have to hit a home run – he just has to get to first base. He would have a good chance to do this under the state of the law as it actually is now, because the Fox News viewers on the jury would vote for him, feeling that a conservative viewpoint was suppressed within a liberal organization. Ironically, this is one of those few employment cases where the employee would be better off with a conservative jury panel. However, if he filed his case in federal court, it would likely be assigned to the San Jose courthouse in the Northern District of California, and his jury pool would be drawn from four counties that went for Hilary Clinton in 2016.  I think he would clearly be able to make out a case and get to trial, but no one can say how the jury would decide it.

Damore’s Petition with the National Labor Relations Board (“NLRB”) 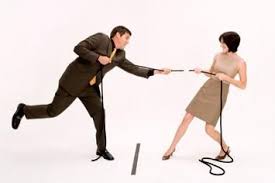 Even before he was fired, Damore filed a petition with the NLRB, a federal administrative agency which usually deals with labor unions, but there is a right to “concerted activity for mutual aid or protection”[8] by non-union workers as well. While the content of Damore’s petition is not yet publicly available, he will clearly allege that Google engaged in an unfair labor practice by interference, restraint, and/or coercion[9] with his right of concerted activity. This allows non-union employees to communicate amongst themselves about their working conditions for the purpose of improving them. According to the Department of Labor, this generally requires two or more employees acting together, but the action of a single employee may qualify if he is acting on behalf of others, or attempting to get others to act.  His best argument is that the Memo was circulated on the internal Google electronic bulletin boards to communicate to all other male software engineers that they should challenge the various allowances and adjustments which will eventually make 50% of the software engineers female. This would make their jobs more secure, and could legally qualify under this rule.

How Will the Case be Decided at the NRLB?

The case will first go before an Administrative Law Judge and could come out either way, but whichever party loses has the right to appeal to the Board, which consisting of 5 members appointed by the President. Often a panel of three Board Members will decide a case, but the full Board usually considers novel or potentially precedent changing cases. Although there are normally 5 Board members, there is still one vacancy, so there are only 4 members on the Board now, 2 Republicans and two Democrats, but Trump could fill that vacancy before the case gets there. Unlike cabinet members, NLRB members are appointed for 4 year terms, and cannot be fired by the President, so they are a little more independent. While there might be a desire on the part of the Republicans to rule in favor of a viewpoint which is attractive to the right, that would also create a precedent making it harder for employers to fire an employer for taking a liberal viewpoint, so it’s anybody’s guess what they would do. An NRLB decision can be appealed to a United States Circuit Court of Appeals, but which one? The Employer has the right to appeal to the D.C. Circuit in Washington, D.C., or in any circuit in which it has sufficient business operations. However, the party that brought the petition can also appeal, and the NRLB itself has the right to seek enforcement in any Circuit Court. If multiple parties file petitions for appeal within 10 days after the Board’s ruling, the Circuit Court that will decide the case will literally be determined by a coin toss. Mr. Damore has the potential to become the right’s standard bearer against affirmative action. This is really a ball game that could go either way, and appeals from the decision could also be a roller coaster ride for years.

Opinion: Whether the Memo’s Conclusions are Right or Wrong, Political Correctness Should Not Prevent Us From Having this Conversation

While some women will be offended by some parts of the Memo, and justifiably so, that was clearly not the author’s intention. Numerous blogs and articles have popped up which are not the least bit sexist, in fact, one written by Michael Kreiger (Liberty Blitzkrieg) makes the following cogent point: For example, American culture worships the Wall Street trader who makes $5 million a year while adding very little to no value to society, while looking down upon a mother or father who chooses to stay home and raise their children. Rather than reflecting upon the world we’ve created and admitting how perverse this is, the mantra seems to be “hire more women traders.” That’s a one-way ticket to nowhere.

Protect Your Computer , Network, Social Media Account And all other from hackers, infection ,Virus and other online threats, Mcafee Total Protection Software very Important to Activate or Setup with the Official Link mcafee.com/activate