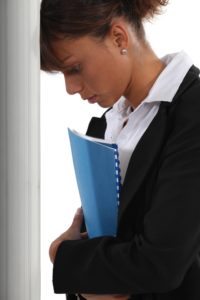 The complaint thoroughly outlines Defendants’ alleged egregious and inexcusable conduct, which they purportedly perpetrated and/or condoned, including but not limited to Wenig Saltiel LLP’s Of Counsel regularly (1) watching videos of African Americans being raped, hung from trees, and set on fire, all from his office computer and within earshot of the rest of the staff; (2) declaring the inferiority of racial minorities in the United States of America; and (3) disparaging African Americans in the legal profession, including a well-respected female African American judge in Surrogates Court, Kings County, solely on the basis of their race.  The complaint further outlines Plaintiff’s repeated and desperate attempts to have the Firm address the Of Counsel’s alleged behavior as well as the Firm’s alleged retaliation against her for daring to speak up.  We will provide updates as the case progresses.

If you believe your employer has discriminated or retaliated against you, please contact the Law Offices of William Cafarotoday for a consultation.